The word “Hindu” is derived from the River Sindu, originating in the Himalayas, crossing the North of India, running through Pakistan, and flowing into the Arabian Sea. For the people who came to inhabit the land later, the name “Sindu” was challenging to pronounce. Therefore, the name was distorted into “Indus.” Various scientists consider the name “Hindu” as a linguistic derivation of the name Indus. The soil alongside rivers is versatile; this caused the emergence of the first settlements on the banks of the River Indus.

Recently, in that region, excavations have taken the place of two ancient cities. The first is called Mohenjo Daro, excavated between 1922-1945. 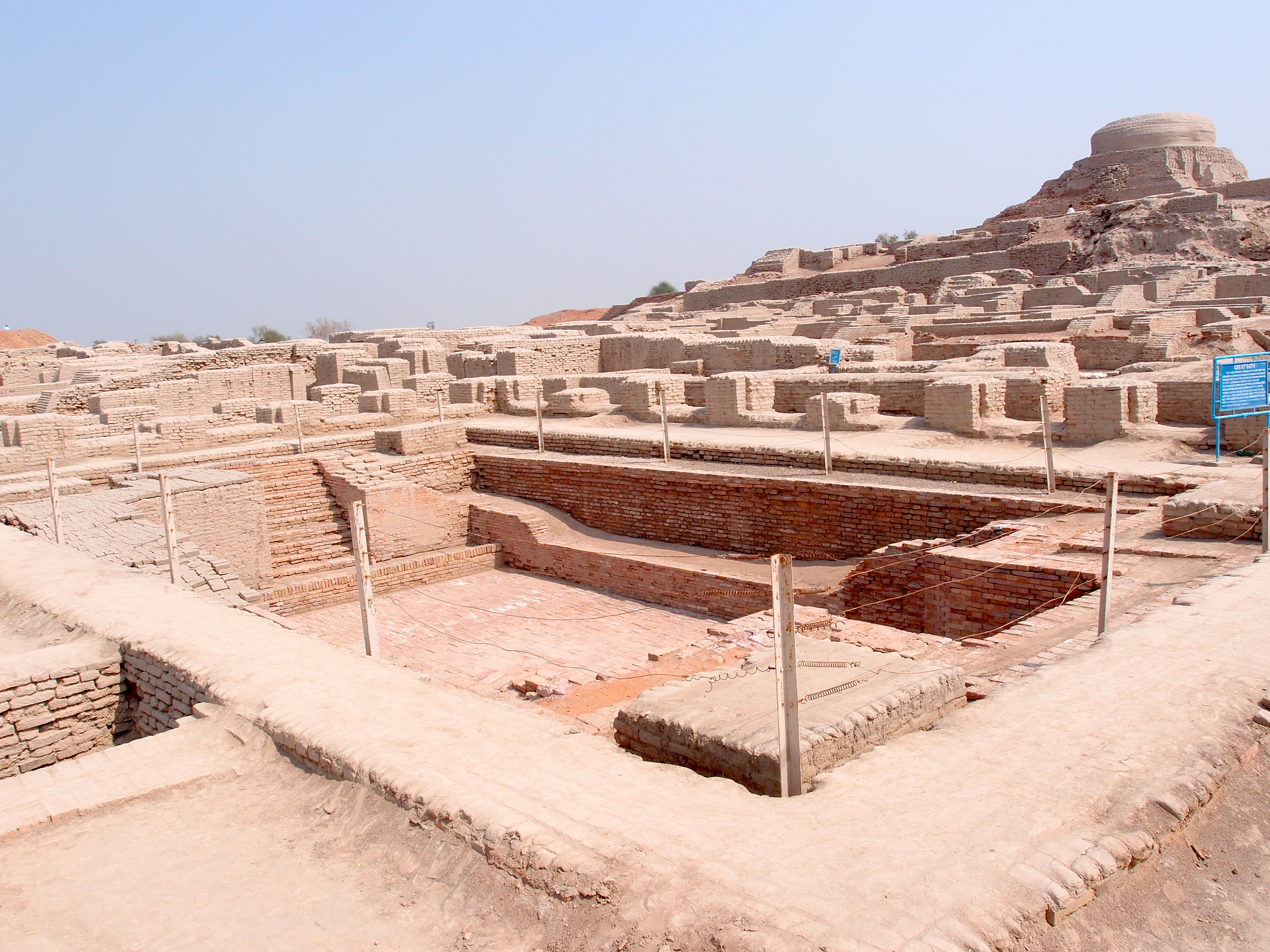 In the ’90s a multidisciplinary team has conducted an excavation and found Harappa. These sites are estimated upon 4,500-7,000 years (5,000-2,500 BC). Scientists do not know much about the cultures of India existing before the time of Vedic scriptures. In conclusion to the results of the excavations, it is assumed that many different cultures and races existed peacefully together. We have no written documents from that early stage of history.

The ancient sites are known as the “Indus-Sarasvati Civilization.”

Subash Kak, an Indian historian, argues with western Indologists about the antiquity of the Vedas. He rendered proof by pointing to the geological fact that the Sarasvati River has been mentioned in the Vedas long before the river went underground, over 5,000 years ago.

The prose is difficult to reproduce, but poetry is more comfortable to learn by heart. Initially, one Veda existed in poetry circulating in an oral tradition, all over the world. The knowledge of the Veda, therefore, is much older than the date of its first written record. 3,000 BC the Vedic poetry was assembled and documented in three books on palm leaf by a divine seer (Krsna Dvapayana Vedavyasa) to accommodate the forthcoming generations of Kali-yuga, who would be going to lose their senses and ability to memorize.

So for a very long time, mundane India has been under the jurisdiction of Vedic civilization based on the Rg-veda and the worship of Indra. Rg-veda is the first of Three Vedas (Atharva-Veda is of a later date). Rg-veda deals with ancient history and epics of King Indra, Lord of Svarga-Loka, the heavenly planets.

The compiler composed Three Vedas (Rg, Yama, Sama) in successive stages of consciousness, such as Tamasik (meant for the ignorant ones), Rajasik (meant for the passionate ones) and Satvik (meant for those in knowledge and goodness, the brahmins). The Puranas and some particular Upanisads comprise of the highest quality of spiritual knowledge and consciousness, as they have been written on the platform of pure transcendence (for the bhaktas). Srimad Bhagavatam (Bhagavata Purana), especially, is an example of the latter. The Vedas happened to be the first written documents in the world, introducing the concept of a monotheistic religion, describing an absolute transcendental God and the existence of individual spirit souls incarnating in human bodies, celestial bodies, in demigods, animals, plants and minerals. This is the reason why to human beings, the injunction has been given to abstain from eating meat. Seen from the spiritual perspective, meat-eating is a form of primitive cannibalism.

The Vedic brahminical civilization attained its peak between 2,500-1,700 BC. The decline set in, when the masses became affected by their lower instincts and bad habits. They started to eat meat, which propelled Lord Buddha to descend on the earth to teach “ahimsa,” non-violence, in all respects. Animal slaughter and meat-eating result in forgetfulness of the soul’s eternal relationship with the Lord. According to Srimad Bhagavatam, Lord Buddha is an incarnation of Bhagavan Sri Visnu, who is an expansion of Bhagavan Sri Krishna. 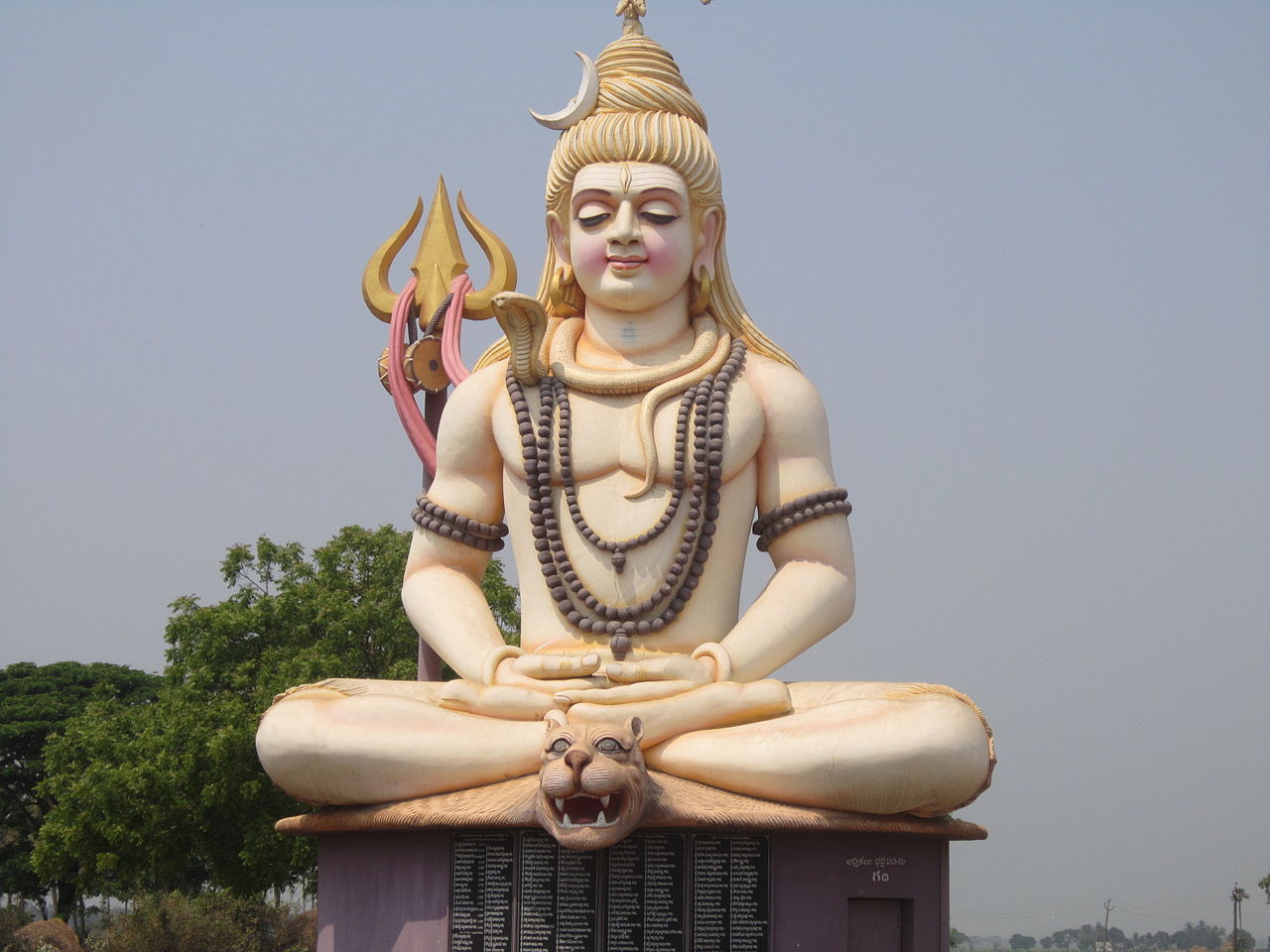 Gradually, the common man fell into disgrace, forgetting his relationship with the Lord Supreme, Sri Krishna. He continued to eat meat and started to worship a variety of relative demigods, such as Durga, Siva, Sakti, Kali, Hanuman, Ganesa, etcetera, etcetera. His purpose was no longer to attain the Lord but to collect material boons, such as a lovely house, a beautiful wife, an obedient son, and cash. In this way, materialistic polytheism became the mainstream practice in India, called Hinduism.

Pure devotees (bhaktas) of Bhagavan and Vedic scriptures, on the contrary, worship Sri Krishna exclusively and pay their respects to the demigods as His servants. 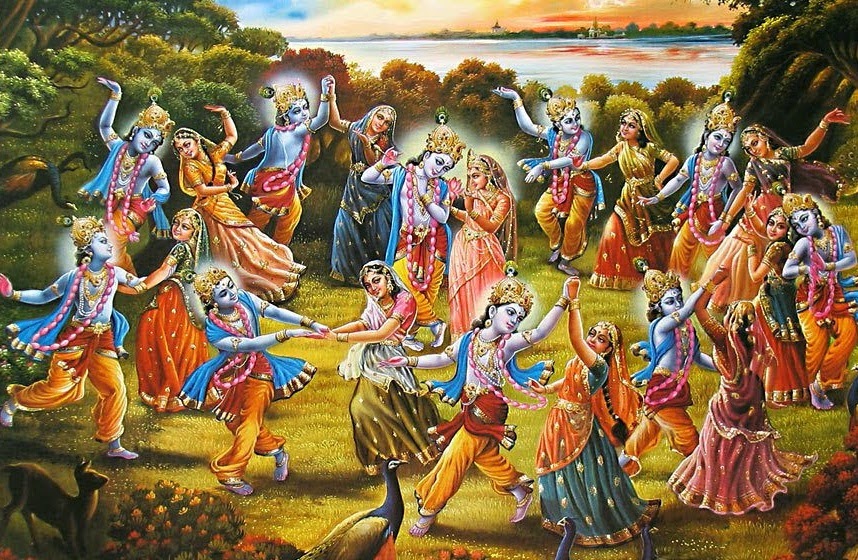 These are the primary differences between recent Hinduism and ancient Vaisnavism (worship of Visnu, or Krsna).

The Vedic civilization is not indigenous of India. The spiritual knowledge was given by transcendental beings of higher dimensions, especially the incarnations of the Lord Himself. It was cultivated further by his entourage, the saints and sages, the rsis, and great bhaktas, who regularly took births on the earth to help humanity advance. In that sense, one could consider Vedic culture and Sanskrit language as unknown causes not originating from this world.

The name “India” has been awarded by the British. The indigenous name is “Bharata Varsa,” which means “Planet of Bharata.” The name was given to Planet Earth when King Bharata ruled the world as a regent of Bhagavan Sri Ramacandra, who was exiled to the forest for eighteen years. The historic event has been documented in the great epic “Ramayana.”

To summarize, the practices of polytheistic Hinduism, including the modern philosophies of Advaita-vada, Kevala-Advaita-vada, Advaita-vada, Maya-vada, Brahma-vada, monism, Buddhism, and Jainism, represent distorted versions of the authentic Vedic monotheism.